It was a difficult week, for the sailors and for race committee. After five days, only two races had been scored, with a minimum of four races to award a championship. But the Yugo wind rolled in overnight. It brought rain, too, but also 15 to 19 knot easterly winds. Race committee scheduled three races on this final day, with a 1000 start time.

Racing started on schedule and continued through the early afternoon. The wind strength varied some, dropping to twelve knots at times, with gusts that likely exceeded twenty, but the direction remained stable. Race committee adjusted the course heading only once, midday, after the wind backed about five degrees.

And the sailors were eager to race. One fleet started cleanly on the first attempt, several starts were postponed in sequence to adjust the line, and there were multiple general recalls. Also, quite a few BFD (Black Flag Disqualification) penalties. Despite the half-meter seas and an adverse current, the fleets pushed the starting line. With it all coming down to the last day, maybe sailors were pushing for every advantage they could get. 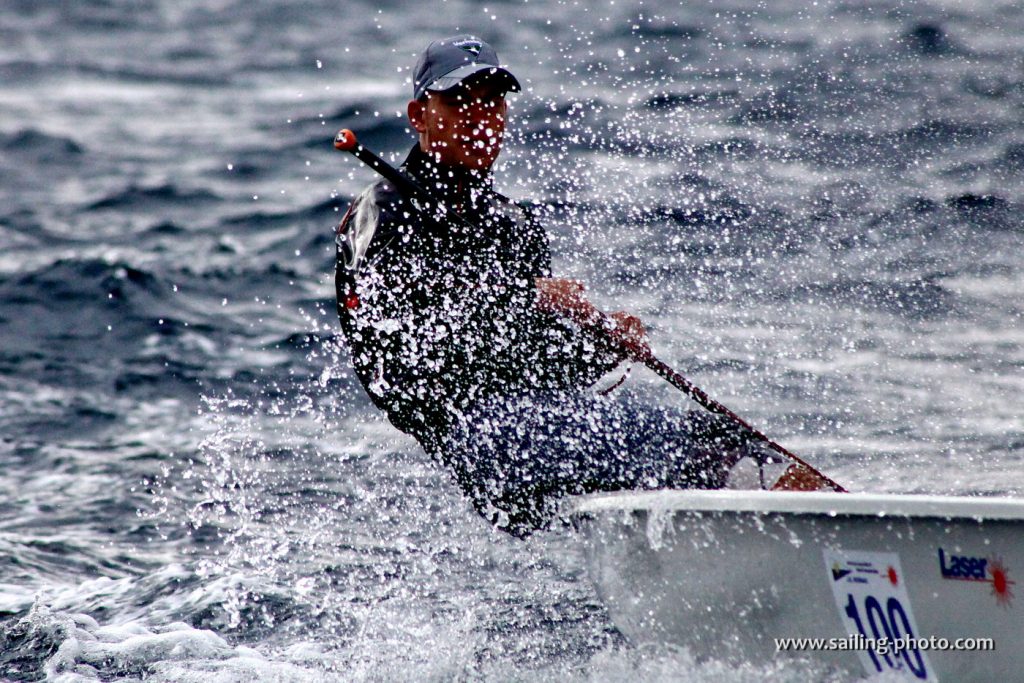 It all came together with a final day of good racing. Big changes in the leader board from yesterday, as expected, but the Men’s and Women’s Under-21 Championships were awarded. Congratulations to the winners, and to all of the competitors.